We pass a lot of things on to our family members.

Characteristics like eye and hair color, height and body shape, and health conditions can all be passed down from one family member to another. 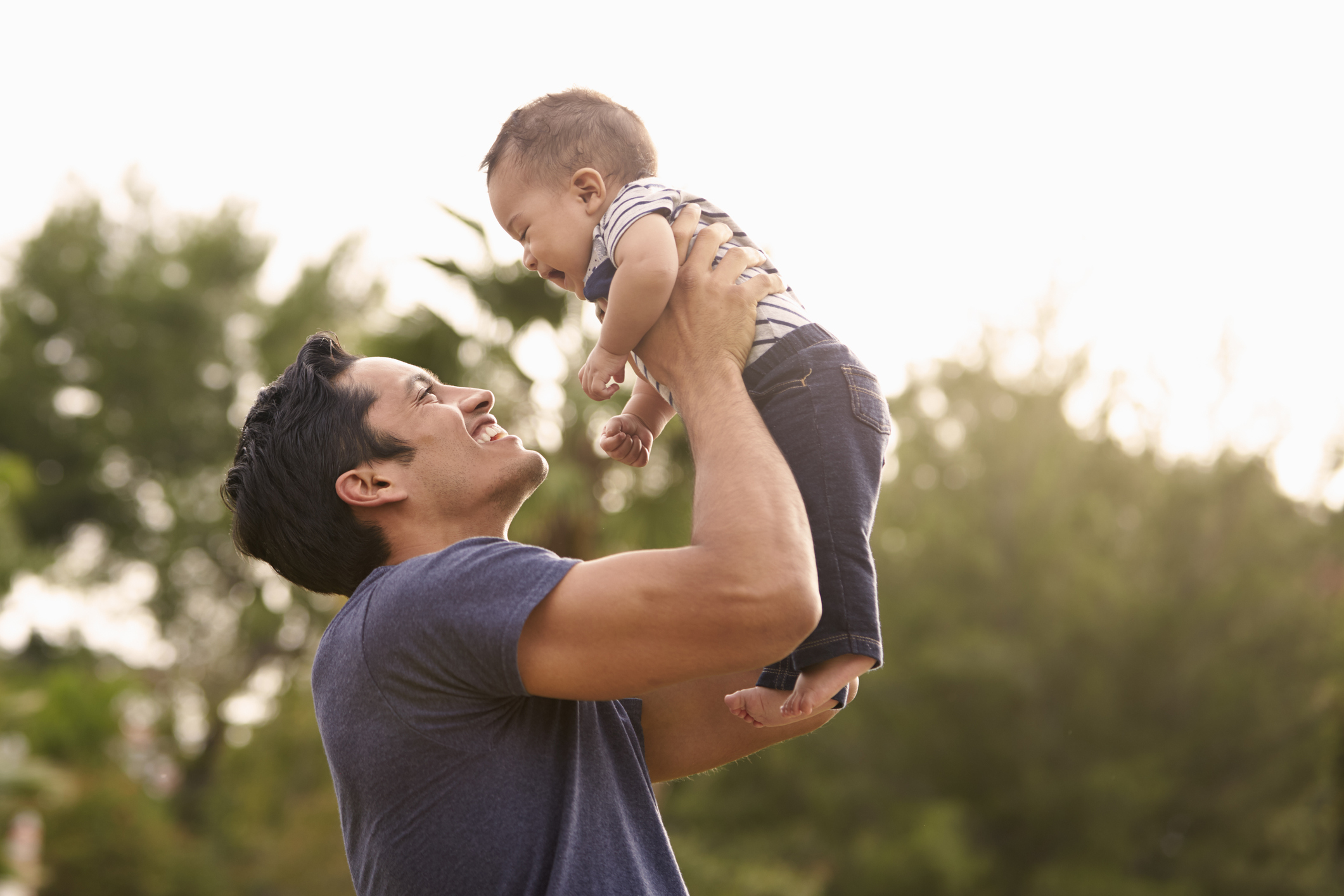 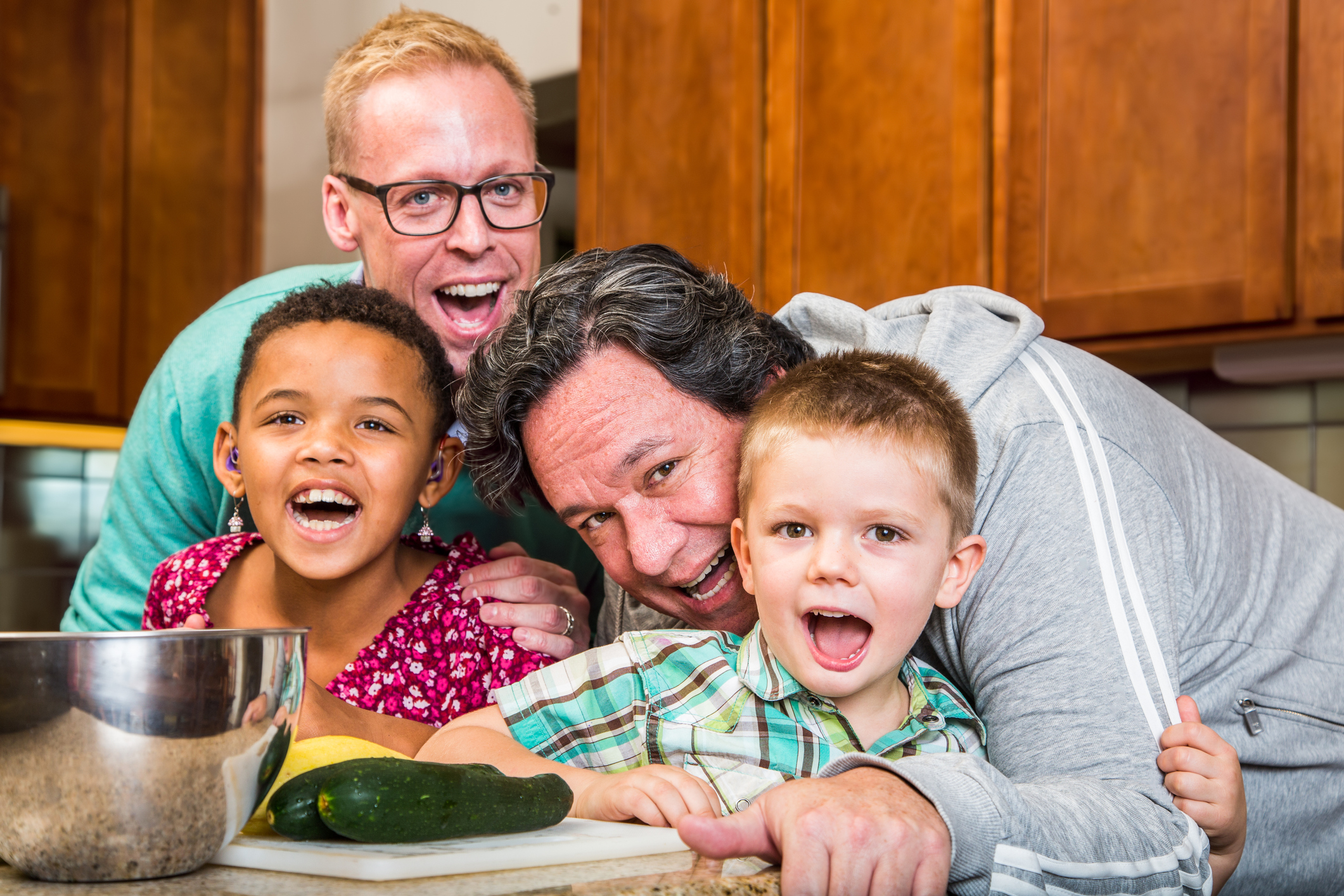 How Do Genes Cause Health Problems?
Most genes we get from our biological parents are copies that work the same way they do in our parents. But sometimes, a gene is not a perfect copy.

Sometimes, a mistake happens when a gene is making copies of itself in the body. This mistake is also known as a gene variant. Just like a typo in a sentence, a gene variant can cause the gene to no longer make sense, and to work differently.

Most genetic conditions occur when there is a gene change that causes a particular disorder. In some cases a single gene change can cause a genetic disorder, while in other cases, multiple in either the same gene or multiple genes may cause the genetic disorder. Gene variants can be inherited from a parent to a child (“hereditary”) or they can happen during a person’s lifetime (“acquired”). Acquired variants can be caused by environmental factors such as ultraviolet radiation from the sun. The acquired variants you develop during your lifetime are usually only in cells called somatic cells—the cells that make up most of your body. They may cause problems for you, such as skin cancer, but you cannot pass them to your children.

When gene variants are inherited, they are found in virtually every cell in the body – including the germline (or egg and sperm) cells. This is why they get passed on from one family member to another.

In some cases, a gene variant can just develop sporadically in the egg or sperm. In these cases, the gene variant is called a new or ‘de novo’ variant and the parents will not have the variant even though they passed it on to their child.

Why Do Some Gene Variants Cause Disease?
Proteins do the work that builds the parts of your body and keeps it moving.

When the genes that instruct the making of proteins have gene variants and do not work properly, whole systems in the body can have problems. These upsets can be caused in a number of ways. 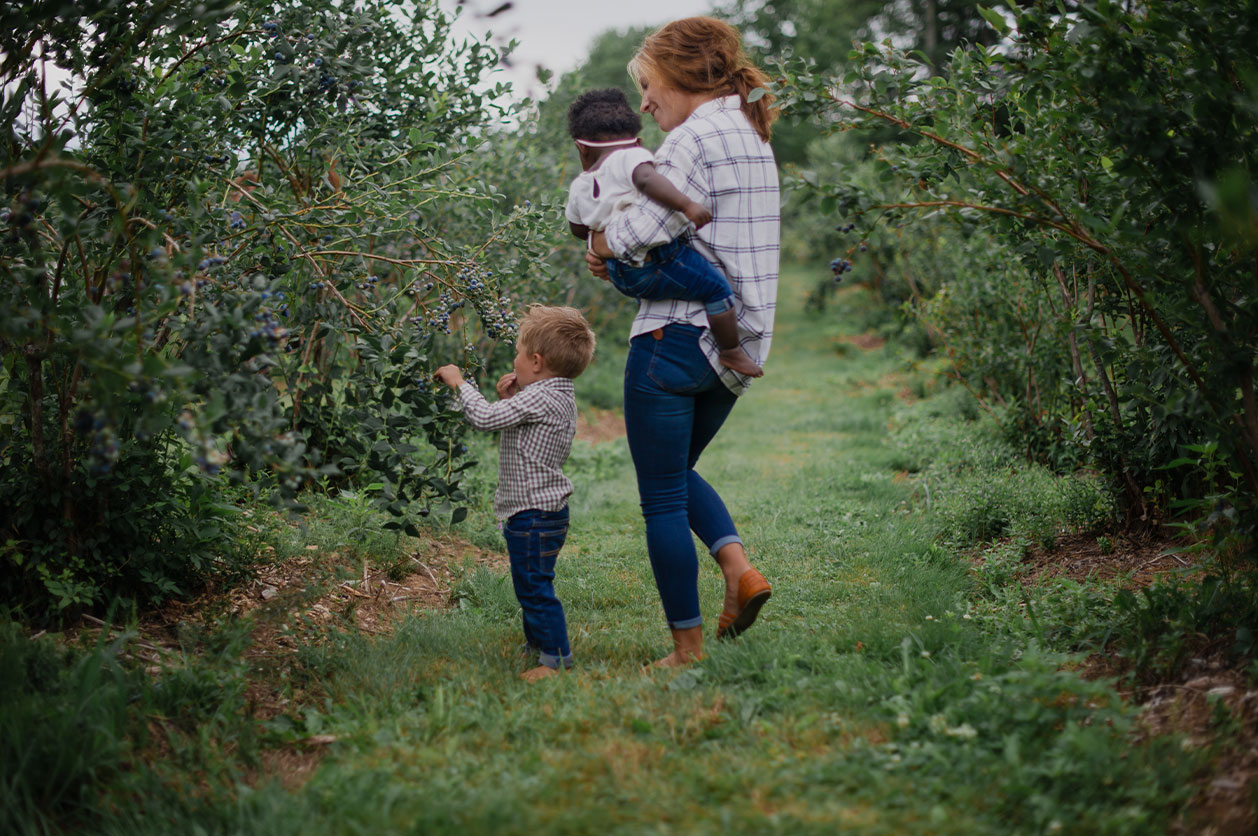 A new copy of your genes is made in every new cell that your body creates throughout your life.

If those copies have mistakes, this can cause problems. For example, some gene changes can make you more likely to get cancer.

Your environment can also directly cause changes to DNA inside your cells.

For example, the sun damages DNA in the cells that are exposed to it, and if the damage goes unrepaired, these gene changes will be copied as your body creates new cells. This may cause a tumor to grow.

You might read about “a gene for” a condition.

This is not quite right. When we describe genes that cause disease, we are really talking about a gene that has a genetic variant. The gene should help create a normal, healthy state, but a variant of that gene can cause problems. For example, everyone has a gene called CFTR, but only people with a gene variant in the CFTR gene have cystic fibrosis.

The cell’s system for making copies of genes is very good.

It safeguards against many of the mistakes that are bound to happen as your body makes billions of new cells throughout your life. Even when your genes are not copied perfectly, they will usually still function correctly, or at least well enough that you will not notice a problem. Only a small number of gene variants cause a genetic disorder. Sometimes, your body can repair the gene to help protect itself from disease. Gene variants can sometimes even have a positive effect, such as resistance against disease, although this is rare.

What Other Types of Genetic Issues Are There?
We have already seen that some genes can end up with mistakes, called gene variants and these variants can cause some health conditions.

Just like having the right DNA sequence is important, we also need to have the right number of genes in each cell. In general, we all have two copies of each gene. We get one from each biological parent. In some cases, people are born with fewer or more gene copies. This type of genetic difference is called a copy number variation (CNV). It’s easy to see how a missing gene could cause a problem, but extra copies can, too. Think of it like having too many people in a small space, trying to do the same job.

Genes are stored in chromosomes, which are packages of genes that are housed in the nucleus, or headquarter of your body’s cells. Humans typically have 23 pairs of chromosomes, for a total of 46.

But some people have an extra copy of a chromosome, or are missing one. Or sometimes a chromosome gets broken, and an extra piece can end up in one cell (and be missing from another cell). These types of chromosome changes can cause a lot of problems with growth, development, and function of your body systems.

Many conditions and diseases are related to genes in some way. Sometimes, a variant in only a single gene is needed to cause a disorder. But most disorders are much more complex. Diseases, such as heart disease and diabetes, are caused by issues with multiple genes that are also affected by your lifestyle and environmental factors. 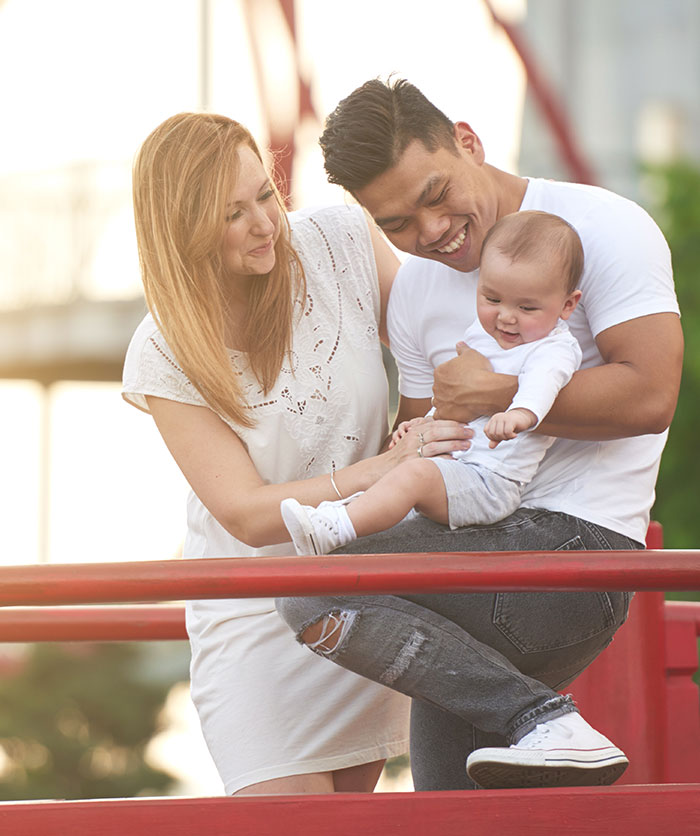 How Do Your Genes And The Environment Interact?
It is important to understand that most times your genes ALONE do not determine your health.

Small differences in your genetic makeup mean that two people can respond differently to the same environmental exposure. Below are some ways that your genes and your environment can interact. 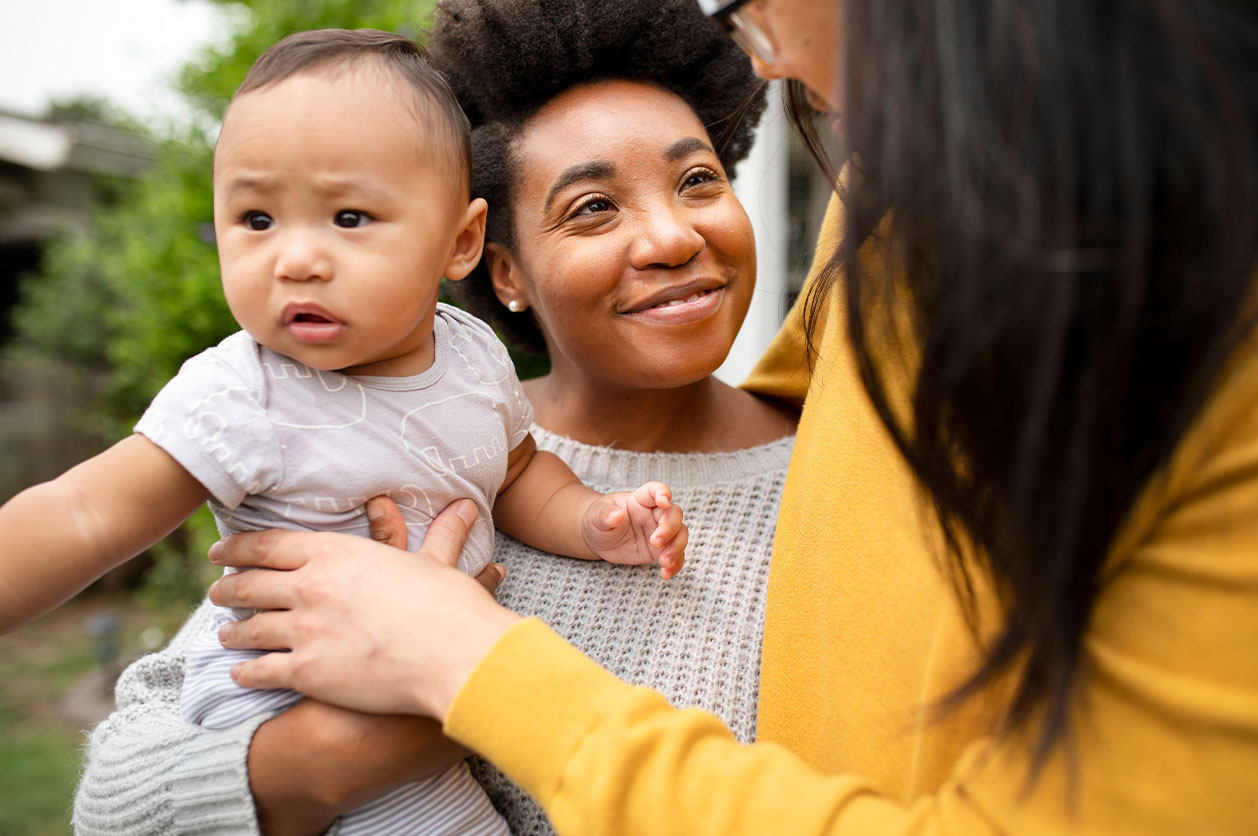 Mutagens are pollutants in the environment that enter the body and directly change your genes. For example, the chemicals in cigarette smoke can cause cancer.

Gene-gene interactions occur when pollutants in the environment do not change your DNA sequence, but rather cause a chain reaction that affects the functioning of one gene that then affects the functioning of another gene. For example, regularly drinking way too much alcohol can cause a specific gene, TACE, not to produce enough of its protein. TACE protein is supposed to help the MTHFR gene make enough of its protein. Too little MTHFR protein changes the level of folate (another protein) in our blood, and low folate levels may cause depression.

Mutagens in the environment can indirectly affect the body’s DNA sequence by altering transcription factors. Transcription factors are responsible for starting the process of making proteins from genes. Proteins are important for all functions of the body, so if the process of making them is affected, health problems can happen. For example, stress can change the amount of proteins made by genes involved in your immune system and therefore, you may get sick more easily when you’re stressed.

The environment can alter your health by affecting the proteins that turn genes on or off. For example, half the genes that cause familial or inherited cancer are turned off when pollutants in the environment affect these proteins. Because they are turned off, these genes cannot suppress tumor formation or repair DNA.

Genetics helps explain what makes you unique, why family members look alike, and why some diseases run in families.

Many conditions are caused by one or more genes that do not work correctly in the body.