Finding the Win, by Sarah Jacobs 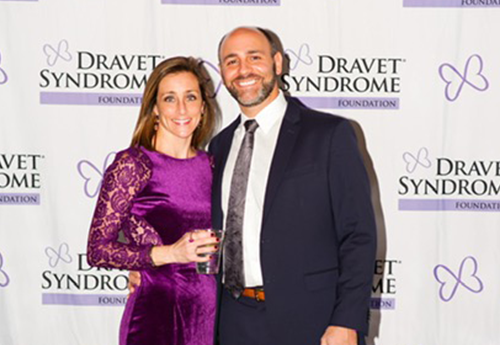 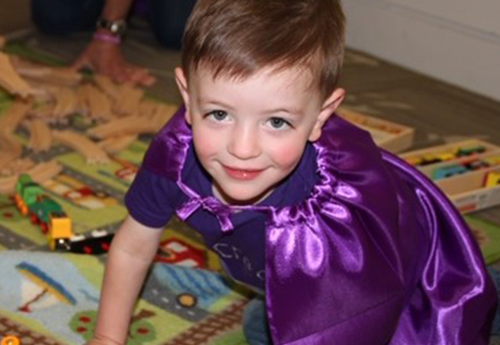 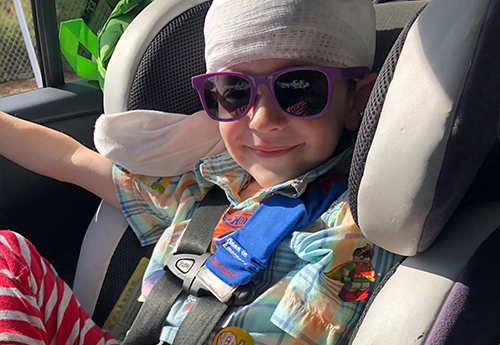 Finding the Win, by Sarah Jacobs

My husband, Adam, and I have two boys, Graham (10) and Dominic (6). Dominic has Dravet Syndrome. It is a rare and severe form of epilepsy that is lifelong and drug resistant. Dominic’s first seizure occurred at four months of age following vaccinations which triggered a fever. It lasted approximately 15 minutes. He was taken to the emergency room by paramedics but dismissed shortly after arriving. Apparently, it is quite routine for young children to have febrile seizures and therefore, little diagnostic testing is completed until the child presents with a second seizure. I knew immediately, however, that this was not typical and there was something more going on.

Two weeks later Dominic had his second seizure; this time, with no fever or illness present. Again he was taken to the ED at Tufts Medical Center in Boston where our doctor went straight to genetic testing for answers. I am very grateful that genetic testing was the first line of diagnostics; I know many Dravet families waited years for genetic testing, and therefore, waited years for a diagnosis. It took eight long weeks to get results, but as our doctor said, “We had a smoking gun” when the results arrived. Dominic had a gene mutation of the SCN1a gene which causes disruption to the sodium channels in the brain causing frequent seizures, and can cause many other cognitive and developmental delays. Although the doctors knew of Dravet, it is not a well-known disease and therefore it’s not well-studied, either, even to this day.

Following Dominic’s diagnosis he continued to have seizures; many triggered by a warm bath, temperature change, excitement and illness, all of which are typical seizure triggers for those with Dravet Syndrome. I left my job to care for Dominic full-time and after several months of back-and-forth to the hospital, the four of us moved from outside of Boston to South Jersey, where my extended family is, in order to get much-needed support.

I like to believe that I have always been a leader. I remind my oldest every day as he goes off to school to be kind, and to be a leader. In my opinion that’s what’s most important in life; having empathy, and strong leadership skills, will serve you well. However, it took years following Dominic‘s diagnosis to prove my leadership in the Dravet community.

Dominic was too sick for me to take time to do anything but react to seizures and regain control of his health. At a year old, Dominic’s seizures were still not controlled even though he’d been on multiple medications. He was admitted to the Children’s Hospital of Philadelphia to begin the ketogenic diet treatment program offered to those with drug resistant epilepsies; in fact, we began the diet on Dominic‘s first birthday. I like to tell others that it is not just a diet, it is a lifestyle. Our entire lifestyle had to change in order to function appropriately and keep Dominic at the level of ketosis necessary to gain any quality seizure-free time. As the years went on, Dominic had significant periods of time without seizures requiring rescue medication and hospitalization.

Having a child with a genetic condition means that at some point you must accept the unknown and the fact that you will not have answers. Therefore, I live each day checking off boxes, noting all seizure activity, asking questions and making sure that I have at all costs, at least initiated next steps towards answers.

Upfront, I state my goal to each doctor we see. I set the bar high and let both his medical team and academic team know my expectations. Then, I hold people accountable. I am always polite, respectful, and do my part so that it is easy to expect the same of others.

I have joined the Dravet syndrome foundation community and often reached out to parents who post about their child’s struggles. I offered to meet for coffee, to help with a new recipe if they are keto and even just to listen, because the more I do for others, the better I care for myself and for Dominic.

Recently, when Dominic began school, I was able to step into an official leadership role again. A few months ago, I initiated a project called Keto Kickstart. The goal of Keto Kickstart is to provide incoming keto families with the supplies and food necessary to create their own keto kitchen at home so that their first few weeks of this new lifestyle is less of a burden. I am in the process of reaching out to many corporations asking for donations of foods that are approved by the hospital's program, in addition to equipment necessary to the diet (like a gram scale). Thus far, after many hours dedicated to this project, it has been successful. I have donations in my living room and keto kits that I am packing on a daily basis to bring to the hospital and disperse to families beginning their ketogenic diet treatment.

Caring for a medically fragile child is difficult. Most days, if not all, feel challenging and to feel “a win“ is unusual. Keto kickstart is my win. And it is my way to give back to those that have continued to support me on this keto journey.