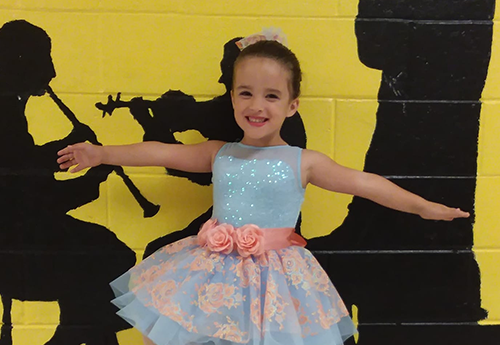 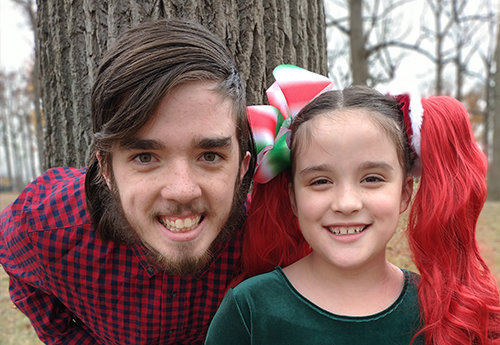 “We found a gene mutation. It’s called Cowden’s Syndrome. We know it's not right, but we really don’t know what it means.” That statement was supposed to answer our questions and give us some idea of our future. Instead, it told us nothing but a name. “Wait and see” was the new plan. Thousands more questions started rolling through my head. It’s a rare genetic disorder, which is quantified as occurring in less than 1 in 200,000 births. Those odds seem astronomical until you give birth to two children with a diagnosis that rare.

The next part happened so fast it felt like a whirlwind. I was diagnosed, followed by my daughter. That meant three people in my family with a diagnosis so rare there’s only a few thousand cases in all of the United States.

My oldest child was diagnosed with Autism and ADHD in addition to Cowdens. We later found out that Cowdens raised the risks for both of those diagnoses. He was enrolled in early intervention, speech therapy, occupational therapy and physical therapy. Our life quickly spiraled into follow ups, workshops, screenings and scans. Eventually he started school and we were introduced to Special Education and the world of Individual Education Plans. It's been a tough 10 years in school for him but he is finally thriving and looking at college programs for after he graduates high school next year.

It’s been thirteen years since our rare journey started. I’ve lost count of the tests and doctors along the way, but through this process I found power in the knowledge of our diagnosis. It’s empowering to tell our story to affect change and offer support to others. We know what our risks are, and some of those risks can be managed.

One of many possible complications of Cowden’s Syndrome is major cancer risks. Since the highest cancer risks to those assigned female at birth are in the uterus and breasts, doctors recommend I get screenings every six months or elect for prophylactic removal of my uterus and breasts. As genetic technology advanced, more and more information became available. Based on my personal history I was in serious danger of an aggressive form of uterine cancer. I’ve seen what cancer can do to a body; I did not want that for my body nor did I want my kids to lose their mother. My particular flavor of Cowdens also comes with an unreliable memory so the twice yearly scans plus follow up for both kiddos seemed unlikely for me to remember. I knew the odds of missing an appointment were high with our new Cowden's life.

On May 26, 2021 I underwent the first of several surgeries to manage my cancer risk. Nearly a year after having my uterus removed, I regret nothing. Cowden’s is widely variable from person to person, even within my own family. While preventative surgery isn’t for everyone, it helped me manage my risk and be more present for my children. I’d be lying if I said it’s been easy but parenting typical children isn’t easy; parenting two children with medical concerns while also finding out you’ve got them, too, is a whole different world.

Finding your community is key to moving forward and finding peace in your new life. When I say that, I don’t necessarily mean people with your exact story. I mean people that understand that sometimes you need to talk and cry with a bowl of ice cream at 3am because life isn’t fair. I found my community in a national support group, Parents Inc., designed to foster advocacy and leadership within its members. We were encouraged to share and speak about our stories. Every single one of us have been through rough spots. Some of us are still going through them. It’s okay, though; that’s the beauty of support groups. We all hold space for each other to scream and cry and we sit and listen and let each other know we get it without judgment and with nothing but love. Through my time with them, I was empowered to find my voice and work for change.

As a direct result of the peer support I received from that group, I was eventually asked to help facilitate the meetings. Attending those meetings actually helped make me a better parent; the support was invaluable. I spent 2 hours a week sitting across from these strong women all navigating their own families’ medical diagnoses and they took the time to offer me a hand and some loving guidance. It somehow made it easier to know others had handled these issues before and had come out okay. One of them even attended an IEP meeting with me when my son was going through a particularly rough patch. Eventually, I got an opportunity to offer peer support with a partner organization called the Statewide Parent Advocacy Network.

Three years later, I still facilitate meetings for Parents Inc weekly, and I’m 5 months into being a Special Education Volunteer Advocate. I get to offer families the support I wish I had when I was initially navigating the Special Education system all alone. I honestly find it very rewarding taking the information I’ve learned along the way and helping families learn how to advocate for the services their children need to grow and learn.

Adults aren’t the only people in need of community. My oldest child has been attending a program called Youth Partnership for years now. The friendships and opportunities that program has offered him have made a lifelong impact on his ability to make and keep friends. He feels included in his community. It’s an environment of kindness where teens can go to feel included and be comfortable enough to be themselves without bullying or judgment.

Thirteen years into our journey I am regularly reminded of when we had more questions than answers. It wasn’t easy to start telling our story initially and I still have questions, but I’ve learned to see the beauty in small victories. Life has turned out pretty okay considering we started with, “we have no idea what this means for you or your family.” We still max out our insurance deductibles most years - but we’re alive and pretty healthy, so I’m thankful.

I’m often given the chance to comfort a parent just getting a diagnosis for their child. With one simple sentence - “we've been there and we’ll help you through it” - you can usually hear that sigh that I’ve come to recognize as relief. You offer your ear and a small piece of your heart and they start to relax. Even when our journeys aren’t the same, you’ll meet your truest friends in support groups where you’re comfortable enough to open up and share your story. We understand the rollercoaster of special needs parenting and the anxiety when you have more questions than answers. Most importantly, we’re ready with tissues, a hug, and ice cream at 3am.

Find out more about Cowden’s syndrome at https://ptenfoundation.org/.

Resource Summary
Finding your community is key to moving forward and finding peace in your new life.